Presenter, "Engage Your Fans by Writing a Multi-Book Series" 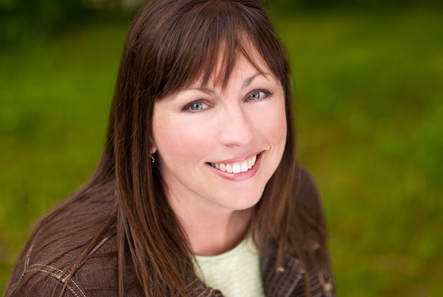 Rebecca Zanetti is the author of more than forty romantic-suspense, dark paranormal, and contemporary romances, and her books have appeared multiple times on the New York Times, USA Today, and Amazon bestseller lists.  Deadly Silence and Twisted Truths won RT Reviewer’s Choice Awards, and the Washington Post has called her writing “sexy and emotional.”  Rebecca has ridden in a locked Chevy trunk, has asked the unfortunate UPS guy to release her from a set of handcuffs, and has discovered the best silver mine shafts in which to bury a body…all in the name of research.  Honest.
​Is there a conference workshop you’ve attended that really helped you, or that you remember because it was something new or different, helpful or interesting?
I find something interesting and inspiring in every conference, to be honest. The Hawaii Romance Conference a couple of years ago really sticks out because of the Hollywood panels…and it was in Hawaii. :)

What do you find is the biggest challenge a romance writer faces in today’s market?
There are so many challenges, it’s hard to pick just one. I’d say probably remembering that it’s the book that matters, the writing and craft and story…more so than marketing, advertising, and campaigns. We get so caught up in the marketing that we forget that it’s the writing that matters more than anything else.

Do you use a critique group/partner, beta reader(s), your editor and/or agent, or some combination for feedback?
My deadlines are pretty tight, so I have my agent and my editor for feedback on every book. I really like to send the book to my agent first (she formerly was an editor at Avon), and then to my editor, but I often send the book to them both at the same time because of time constraints. For my self-pubbed books, I hire an editor. Every once in a while I’ll get an idea for a book and write a chapter or so, and I’ll send those to writer friends for quick feedback on whether I’m crazy or not.

What methods of promotion have been the most successful for you?
You know, my first book released in 2011, so what worked then probably doesn’t work now. I’m fortunate in that my publishers do most of my marketing, and they’re always trying new avenues. I think that for me, my newsletter has been the most consistent method of encouraging fans to preorder the next book. I’ve also found that offering free content (just a deleted scene or update on a romance couple—not a free book), has kept fans opening those newsletters and remaining active on the FB page as well as the FB Street Team Group.

What does your writing day look like? Do you have a certain time of day you write? How many days a week? A certain word goal per day?
I’m pretty much an all or nothing type of gal, so when I’m writing a book, that’s pretty much what I’m doing all day. I like to write an hour on and an hour off. When I was working full time and writing for three publishers, I had to carve out any time through the day that I had, and I wrote a lot of chapters sitting in the car pool line at school. Now that I’m full time, I get up, grab coffee, and start writing until I hit an average of 6,000 words per day. Sometimes during a crazy deadline, it’ll be 10k-12k in a day, but my hands hurt at the end of that, so I like to keep it to about 6k. I just turned in a book, so on days like today, I answer interviews like this one, pay bills, answer fan emails, and goof off a little.

Do you write multiple drafts or edit as you go, barely needing revisions when typing, The End?
I’m pretty much finished when I end the last chapter. Every morning, I try to read over what I drafted the day before, and I might edit a little. When I finish the book, I do print it out and do a hard copy edit before I send it in to my agent and/or editor.

What is your process for writing a book? For example, are you a plotter or a pantser?
I’m a pantser. I like to write the first chapter of a romance without knowing a thing about the hero or heroine and just kind of have fun with two people either meeting for the first time or meeting up again. Then I have to figure out who they are, what they want, and what’s going to keep them from getting what they want. I have spent a little time creating story boards or character profiles, but that’s usually just me procrastinating before I make myself sit down and write.

Do you start at page 1 and write your book sequentially or do you skip around? Do you start with your characters or the plot?
I start at page one and go from there, and I think I’m pretty plot heavy to start. I figure out the characters as I go, and sometimes I have to go back and add in characterization while writing the book.

What are you working on this very moment?
I’m working on a novella for the Deep Ops series that’ll be released between Hidden and Fallen. There’s a year gap between the releases of those books (which is really rare for me), so we decided to release a novella in between to keep the momentum going.

What was your most memorable pitching experience?
I pitched at a local conference before joining RWA or any organization, and I turned so red my face felt like it was going to explode. Then I got dizzy, and the very nice editor took my arm and kind of patted me so I didn’t pass out. We were in a small hotel lobby on a leather sofa. She even asked for the book, which was really kind of her.

Can you share with us a fan letter, email, or meet and greet experience with a reader that stuck with you?
I love fan letters! I had one from a female soldier ‘down range of Afghanistan,’ which I took to mean she was probably getting shot at a lot. She said she and the other soldiers were arguing about which Dark Protector hero was the best and that the books kept them entertained when they could escape for a little while. That meant so much to me!

What is the most valuable lesson you’ve learned as an author?
To write what I want to write and to keep everything else from getting in the way of the actual writing. The book is what matters. Everything else will come.

More Simple Questions:
What skill would you like to master?
I’d love to be able to play the guitar.

What are some small things that make your day better?
A random phone call or text from my husband or one of our kids always brightens my day.

Who’s your go to band or artist when you can’t decide on something to listen to?
I’m loving Florida Georgia Line right now.

What TV channel doesn’t exist but really should?
The Nora Roberts Channel.  :)

What’s something you like to do the old-fashioned way?
I like to use a paper calendar. Even with my google calendar, I print it out every month.

What is something that a ton of people are obsessed with but you just don’t get the point of?
Reality television. The Bachelor shows, or Big Brother, or all the other ones. I just can’t get interested in them.

What is special about the place you grew up?
Lakes, Mountains, Rivers, and people you’ve known forever.

What do you regret not doing or starting when you were younger?
I wish I’d stuck with either the piano or guitar lessons I had as a kid.

Would you rather give up bathing for a month or give up the internet for a month?
The internet. I’d love to live in a cabin without any access for a month, in fact. But I might go crazy.

Would you rather have an unlimited international first class ticket or never have to pay for food at restaurants?
Unlimited international first class tickets. You could eat on the planes and then go explore the world.
​
Would you rather have free Wi-Fi wherever you go or be able to drink unlimited free coffee at any coffee house?
That’s a tough one! I limit myself to one coffee drink a day, so I’d probably go for the free Wi-Fi.
Thank you, Rebecca!